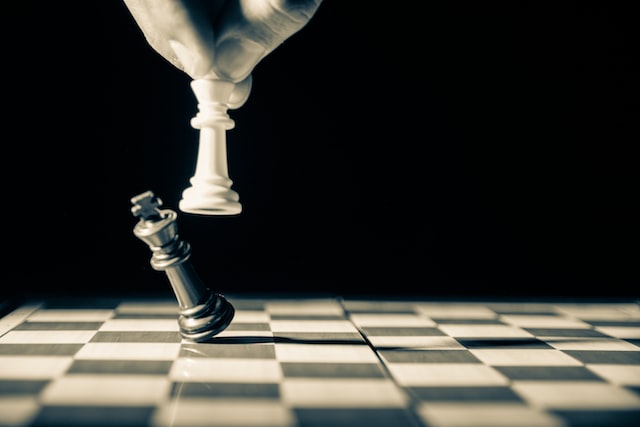 Businesses have so far proved resilient to turbulent economic conditions domestically and overseas but next year is not looking so rosy.

In the final chapters of 2022, the 300 basis point lift in the cash rate from record lows is just starting to show up in weaker business confidence and easing conditions.

As well as weighing on consumer spending and demand for goods and services, sustained rate rises are directly hitting businesses by making it harder for them to borrow or refinance.

“The overall uncertainty about future prospects is weighing down investors’ expectations and willingness to invest,” he said.

Dr Galluzzi said there were reasons to be optimistic about the period ahead as falling energy commodity prices provided some breathing room.

“Cost inflation is also coming down thanks to the normalisation of the supply chain after two years of disarray – as much as question marks remain due to the recent changes to zero-COVID policies in China,” he said.

Mr McKellar said the final quarter results came as a surprise as they showed the slowdown in industrial business activity happening much quicker than expected.

While recognising the downward pressures on key inflationary drivers such as energy, he said a worst-case, stagflation-type scenario was still possible.

“We don’t want to have a situation where we’re continuing to struggle with high input costs, declining profitability, but at the same time, you know, seeing that demand and output are pulling back,” he said.

Government policy will also help shape the fortunes of Australian businesses in the new year.

Additional industrial relations changes still in the pipeline, such as reforms to casual and labour hire employment, could pose challenges for businesses in 2023 if the government took the wrong direction, Mr McKellar said.

Council of Small Business Organisations chair Matthew Addison said 2022 had been tough on the mental wellbeing of business owners and employees, and he was worried about the year ahead.

He said labour shortages – exemplified by an unemployment rate stuck near 50-year lows – were weighing heavily on small businesses.

“Australia needs to become an attractive place to migrate to with a clear road to permanent Australian residency,” he said.

“Cashflow is often the biggest hurdle for small and medium-sized businesses, especially in times of crisis – increased wages will be too demanding for most next year,” the HR platform company boss said.

But despite the gloomy outlook, Australia is in a better position than most nations to ride out economic headwinds and dodge a recession.

CreditorWatch chief economist Anneke Thompson said strong employment would serve as an important safety net for Australians and ensure most borrowers could make their repayments.

“Businesses may also start seeing some increased ‘slack’ in the labour force, helping them run their operations more efficiently and with less disruption,” she said.